Chamber and Partners- Your Guide to the world´s best lawyers

THE FIRM This long-standing, full-service firm maintains its visibility in dispute resolution, advising the likes of Kia Motors and GE. In terms of standout work, the team successfully defended French manufacturer Lafarge in a two-year dispute worth some USD10 million.

Sources say: “It continues to be our go-to firm – whenever we have needed them, things have worked out very well.”

KEY INDIVIDUALS Head of department Diego Romero P leads on the firm’s most notable dispute cases, such as the aforementioned defence of Lafarge in its USD10 million arbitration.

The Legal 500 Latin America Survey : The full in-depth, comprehensive analysis of law firms in 63 jurisdictions is available to view at www.legal500.com

“Compact firm Romero Arteta Ponce is recognised for its strength in dispute resolution. The firm focuses predominantly on alternative dispute resolution, a growing area in Ecuador. Diego Romero is a driving force behind the practice and is president of the board of directors of the Arbitration and Mediation Centre of the Ecuadorian American Chamber of Commerce of Quito. In recent work, the firm successfully defended Lafarge Cement Ecuador in the arbitral process brought by an oil trading company regarding the price differentials of fuel consumed between 2005 and 2006. Romero was joined by senior associate Gabriela Villagomez in providing advice. The firm is also the Ecuadorian representative of MERITAS, the largest network of independent law firms in the world”.

NATIONAL AND INTERNATIONAL ARBITRATION IN ECUADOR

Arbitrator and President of the Board of Directors of the Arbitration and Mediaton Center of the Ecuadorean American Chamber of Commerce of Quito- 2000 – at present and Partner of Romero Arteta Ponce RAPLaw Firm Ecuador.

Througout its history Romero Arteta Ponce RAPLaw Firm Ecuador has been one of the innovators in the field of Alternative Dispute Resolution in Ecuador.

Fully recognized by the New Constitution of Ecuador ( 2008) and enforceable by the courts, mediation and arbitration have been used with great success in a wide-range of areas to benefit our clients.

The Firm retains excellent relations with the Country´s principal alternative dispute resolution centers as well as with foreingn arbitration and mediation centers.

Some of our partners are actually mediators and arbitrators of the differents Centers in Ecuador  and had been acting as experts in differents international Arbitration Cases, working together with International Law Firms.

Romero Areta Ponce role in arbitration begins wit the business deal. We design dispute resolution provisions tailored to our client and the particular transaction, keeping in mind the flexibility and adaptability of arbitration and its ability to offer parties of different nationalitites a neutral forum.

Dispute resolution clauses may include multi-step procedures such as negotiation, mediation, and arbitration, if necessary.

Ecuador is a signatory of the Code of International Private Law (of Sanchez Bustamante), in which some rules for the enforcement of foreign rulings are established, so these should be applicable if the state that made the ruling is also a signatory of such code.

Also Ecuador is a signatory of the New York Convention in the Recognition and Enforcement of Foregin Arbitral Awards . 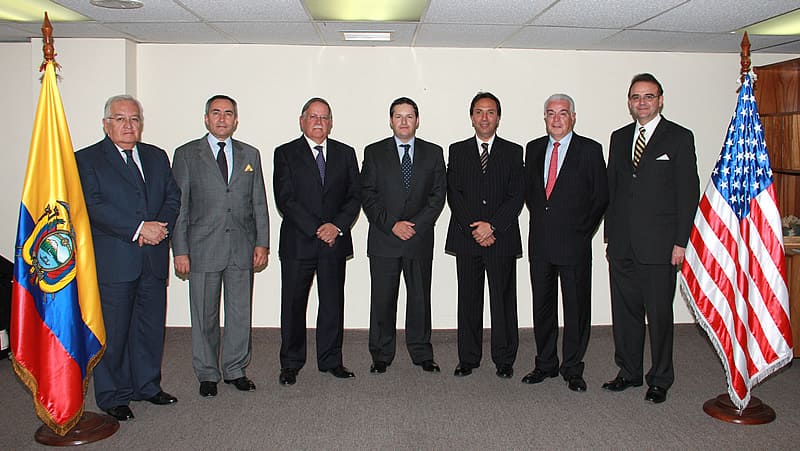