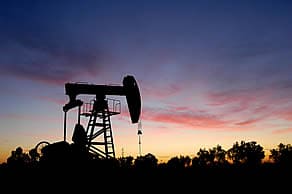 As a part of its modernization and privatization efforts, the Ecuadorian government authorized the private construction of the country’s new heavy crude oil pipeline. Romero Arteta Ponce represented Williams (USA) in the bid authorization for this important infrastructure project.

Participation contracts for the exploration and exploitation of hydrocarbons

With the privatization process, the Ecuadorian Congress has passed the country’s Hydrocarbon Law allowing the government to enter into participation contracts with foreign petroleum companies. These agreements allow foreign petroleum companies to explore for and extract hydrocarbons in Ecuador. In return the Ecuadorian government receives a fixed percentage of exploitation profits without having to reimburse exploration and exploitation costs. Romero Arteta Ponce has extensive experience in this area and has represented and counseled numerous companies in such agreements. Representative clients in this area include: Santa Fe Energy Resources Inc. (USA), Korea Petroleum Development Corporation (SOUTH KOREA), Petrobras (BRAZIL) and Triton Energy Company (USA).

Petroecuador (the country’s national oil company) signed service contracts with ASTRAFOR S.A.I.C. (a subsidiary of Astra-Argentina) for the drilling of numerous oil wells throughout Ecuador. This project has helped increase oil production dramatically in the country and consequently benefited the Ecuadorian economy.

Geophysical Acquisition & Processing Services (GAPS) Ltd. has been established in Ecuador to offer seismic detection and processing information services (2D and 3D). GAPS celebrated key contracts for the increase of hydrocarbon reserves in the Ecuadorian orient while situating itself in a leadership position in the area of geophysics services in the country. Romero Arteta Ponce has counseled GAPS in the incorporation process and throughout the development of its activities in Ecuador.

Reconstruction of the trans-Ecuadorian oil pipeline

When Ecuador suffered a major earthquake in 1987 and large portions of the Trans-Ecuadorian pipeline were destroyed, Morrison Knudsen Engineering (USA) conducted the auditing process and Williams Brothers (USA) was in charge of this pipeline’s reconstruction. This vital project for the country, where Romero Arteta Ponce served as the auditing company’s legal advisor and representative, was completed in record time.

Union Oil of California/UNOCAL 76 (USA) entered into a service contract with Petroecuador for the exploration and exploitation of crude oil in Block 13 of the country’s amazon region. The project represented one of the largest investments of its kind in Ecuador.